About us and donate 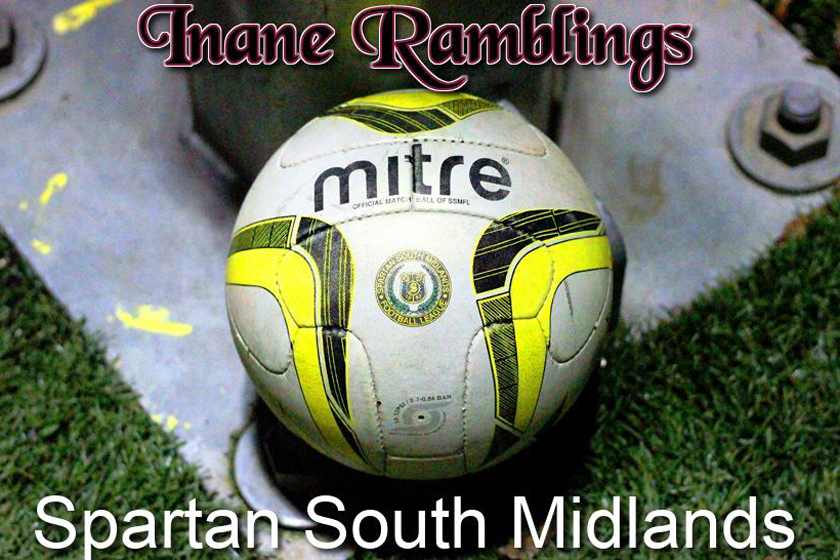 THE INANE RAMBLINGS FROM UP NORFF

‘NOWT SO QUEER AS YORKSHIRE FOLK’

The Views Expressed Are Solely My Own, Are Written Tongue In Cheek

And Should Be Taken With A Pinch Of Salt

SATURDAY’S HEADLINES
Pitstone & Ivinghoe recorded their biggest away win 7-0 since winning by the same score on the 25 January 2020 (the luckless The 61FC (Luton) being their opponents on both times. Three clubs still have 100% league records while eight clubs still seek their first points of the new campaign. Saturday brought about 87 goals from the 22 games (an average of 3.95 per game) with Ryan Lovell (Wellingborough Whitworth) netting the day’s only hat-trick.

PREMIER DIVISION
No change at the top of the table with Harpenden Town and Leverstock Green both recording 3-0 home wins over Aylesbury Vale Dynamos and Dunstable Town respectively. At the bottom Crawley Green’s 1-1 draw at Oxhey Jets sees them off the bottom being replaced by the fore-mentioned Dunstable Town while Baldock Town slip into the bottom two after losing 1-3 at Leighton Town in front of the day’s biggest crowd (260). There were away successes for Risborough Rangers (4-0 at London Colney), Ardley United (3-0 at Harefield United) and Holmer Green (2-1 at Arlesey Town). Elsewhere Hadley shared the spoils with Milton Keynes Irish following a goalless draw in Buckinghamshire. The day’s other game between New Salamis and Flackwell Heath was abandoned after 53 minutes due to a serious injury to Aidan Higgs of Flackwell Heath, our thoughts go out to Aidan. Full results and goalscorers are listed below.

DIVISION ONE
Stotfold increased their lead at the top of the standings from three to five points following an excellent 4-0 win at Long Crendon. Northampton Sileby Rangers move up into second place despite being held 1-1 at home by Langford while Ampthill Town are third after a 2-1 win on the road at Thame United Reserves. At the bottom London Tigers remain as the only side in the Division without a point following an eventful day, players stuck in traffic led to a 30 minute delay to kick off and things never recovered as they went down 0-3 at Rushden & Higham United. Elsewhere Wellingborough Whitworth won 5-2 at Amersham Town to move into the top six while Bedford climb to fourth following their 4-1 home success against Irchester United. Full results and goalscorers are listed below.

DIVISION TWO
If it’s goals you want then I suggest in investing in a Pitstone & Ivinghoe season ticket, their four matches this campaign have seen 34 goals (average 8.50 per game), although Saturday fell below that average as they only managed seven without reply at The 61FC (Luton). For the second successive Saturday Division Two fixtures produced six away wins, among them table toppers Old Bradwell United who enjoyed a 3-1 win at Bovingdon thus ending the Hertfordshire club’s 100% record. Second placed Berkhamsted Comrades remain on their tail after a 4-2 home success against the morning’s bottom club Codicote (the visiting club despite the loss actually moved up two places). Elsewhere big winners on the road were New Bradwell St Peter, whose 5-1 win at Risborough Rangers Development maintained their 100% start to the new campaign while Eynesbury United and Totternhoe both hit four on their travels, Eynesbury winning 4-0 at Tring Corinthians AFC while the ‘Totts’ won 4-1 at Aston Clinton. The day’s only home success came at Buckingham United where the hosts defeated Berkhamsted Raiders by the odd goal in five. The day’s other action saw Sarratt winning 3-1 at newbies Milton Keynes College Football Academy. Full results and goalscorers (where known) listed below.

AND FINALLY
Taken from the Fan Banter website – ‘Worst Team In England’ win their first game at 33rd attempt stretching back to 2019.
Full story – CLICK HERE

Don’t forget that every Sunday afternoon the Non-League Show on Three Counties Radio (Herts, Beds & Bucks), a show all about local non-league football. The popular show presented by Ollie Bayliss has been increased to two hours each week and is the perfect opportunity to catch up with our local non-league scene at all levels. For those who missed it then you can catch up – https://www.bbc.co.uk/sounds/play/p09tjn4m